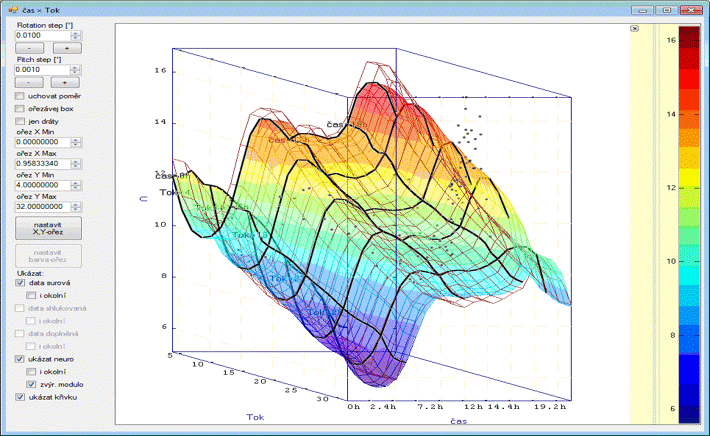 To achieve satisfactory results, the neural network training system must be complemented by an effective training data preparation system. ORTEP has developed a suitable methodology and framework of software tools for such data preparation during a research project supported by a grant from the Ministry of Industry and Trade of the Czech Republic.

As a part of this project, ORTEP has also developed a software for comprehensive testing of created neural models of heat consumption and a stabilization system that ensures that the neural models of consumption produces reasonable values even in unexpected situations.

In addition to MOP and DYMOS products that include the resulting trained neural networks for modeling and predicting heat consumption, ORTEP also offers separatelly the framework for data preparation and learning and testing of neural heat consumption models, including both methodology and licenses for all software tools of the framework.